Do sniff out these two pawesome books ‘Nobody’s Poodle‘ and ‘Somebody’s Doodle‘. Also join me on my facebook page Gizmo Spokes Mutt where I woof about the doggie's in Tenerife who need homes. 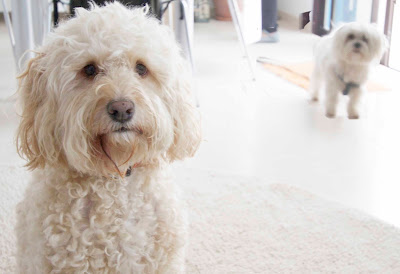 Posted by NewsHound at Tuesday, August 29, 2017 No comments: 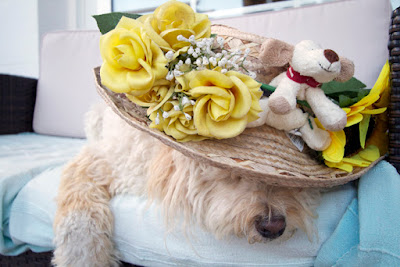 It's Easter time, so lots of chocolate will be eaten. However do remember chocolate is poisonous for dogs! So keep your furry friends away from the choccie eggs!

If you are doing any last minute shopping, please put in a sack or tin of dog food in your basket/trolley for your favorite refuge

If you are in Tenerife here are links to a few of the Tenerife refuge's facebook pages
aktion tier Accion del Sol Centro de Protección Animal Tierra Blanca. Diary of a K9 Tenerife Dogwalker

Many woofs of thanks and have a great Easter


Sniff out my book : nobodyspoodle.com
and join me on facebook
Posted by Gizmo at Thursday, March 24, 2016 No comments: 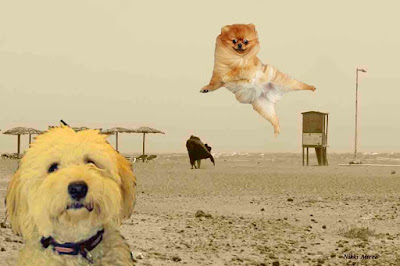 Extract from 'Somebody's Doodle' coming out 2016 -

CHAPTER 6 -
Doodle is lost for woofs. She feels like her whole world has collapsed. Surely it can’t be true? Is she really just a common mongrel, like that unspeakable Texan mutt? There again, it could perhaps explain why that bitchy Maltese next door: Tabitha, crosses the road with her nose in the air whenever she sees Doodle.

She sniffs and a little wimper of despair escapes. Gizmo’s chivalrous side is activated again. He’s a sucker for the lady dogs’ sniffles. He didn’t mean to upset her. He had no idea that she was so sensitive. Clearly she’s quite a vulnerable pooch, and he’ll have to be more careful with her.


"OK, you may not be a pedigree dog, but on the other hand how many mutts can say that they’re ‘designer dogs’? That’s got to make you a bit special.”

Doodle cheers up a little, and the sniffles quieten down, but she still looks a bit lost.

“Really Doodle, you need to get out more and toughen up a bit. Mix with a few more furries.”

“Yes, you’re right Gizmo. Being a designer dog is better than nothing. At least we’re not common mongrel riff-raff. And you’re also right about needing to get out more. I don't socialise much with other dogs. It’s not my fault. My humans aren't very keen on walks, and I spend a lot of time alone.”
More sniffles.

“Yes, well I do spend a lot of time on my own, but you get used to it. I’m over feeling lonely, and I’m very comfortable with my own company. So you can forget any ideas that I might need you in my bed. Anyway, I think it must be dinner time by now.”

Doodle gets up, stretches languidly, and struts off towards the dining room.

Gizmo shrugs. “Ah well, that’s a shame. One that got away, eh Giz my lad? Plenty more in the long grass, but all the same ... She’s definitely a bit up her own backside, but it would have been nice to have a cuddle. Anyway, let’s see how things pan out.”
Posted by Gizmo at Tuesday, October 06, 2015 No comments: 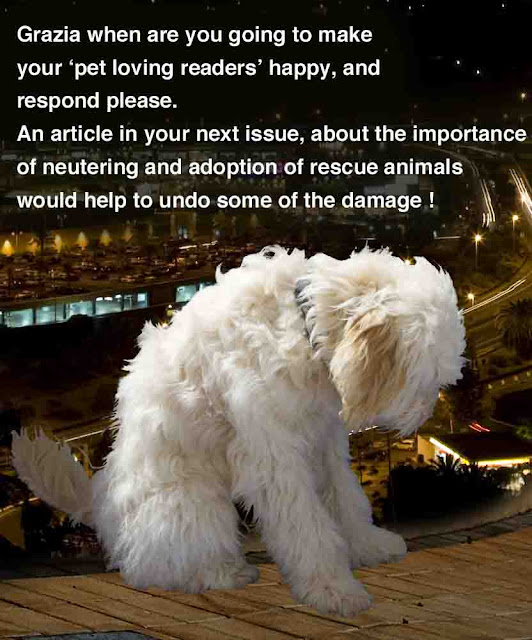 Some humans must have fur for brains ! 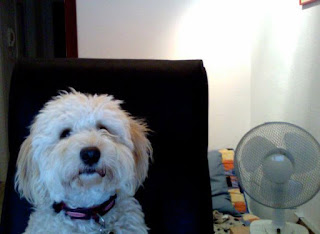 I'd like to tell y'all about a rather strange e-mail that I recently received from a chap called Nadu Totow Savimbi. It's a very sad tale of how despite inheriting a lot of money, he's been unable to access his bank account, due to the overthrow of the goverment in his country. Nadu explains that he has 20 wives, 78 children, and 10 grandmothers to support, and that he desperately needs my bank account details, passport etc so that he'll then be able to transfer his late father's 37 million dollar estate into my account. Of course he'll bung me a few million just for letting him use my account and helping him with his extended family.

Woof-bloody-tastic, no ? Sorry, but does Nadu really think I was born yesterday ? and doesn't he understand I'm a dog and unlikely to need a bank account ? Honestly, I've said it before and I'll say it again - some humans must have fur for brains !

I mean, why don't I ever get an e-mail from someone who says they're going to transfer two tons of dog biscuits to my bowl, just so that their dog can access it, as his own has been frozen. Now that would be talking my language, but realistically I suppose it's unlikely to happen ... a dog can dream though !
Posted by Gizmo at Thursday, June 11, 2015 No comments:

Gizmo The Spokesmutt for Tenerife Dogs

Hi, I'm Gizmo the blog author's pooch and I am following in the paw steps of the late great Basil who was the first Ambassador for Tenerife Dogs . I am a rescue dog so know too well about the plight of abandoned dogs in Tenerife. ! Nikki set up this blog to support all the kind humans who help poor abandoned pooches like myself find a new home. If you can help by donating your time, money or raffle prizes please make contact via the relevant websites or tel numbers below ,Muchas gracias..

Join Gizmo on his Facebook page
Sniff out some great dog books..!
WoofTasticBooks

Nobody's Poodle is available on all Amazon sites 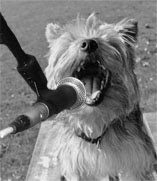 A small dog with a big heart R.I.P my beloved furry friend 1998 -2011
Story about Basil's move to Tenerife

RESCUE DOG SHELTERS AND ORGANISATIONS and other doggie links